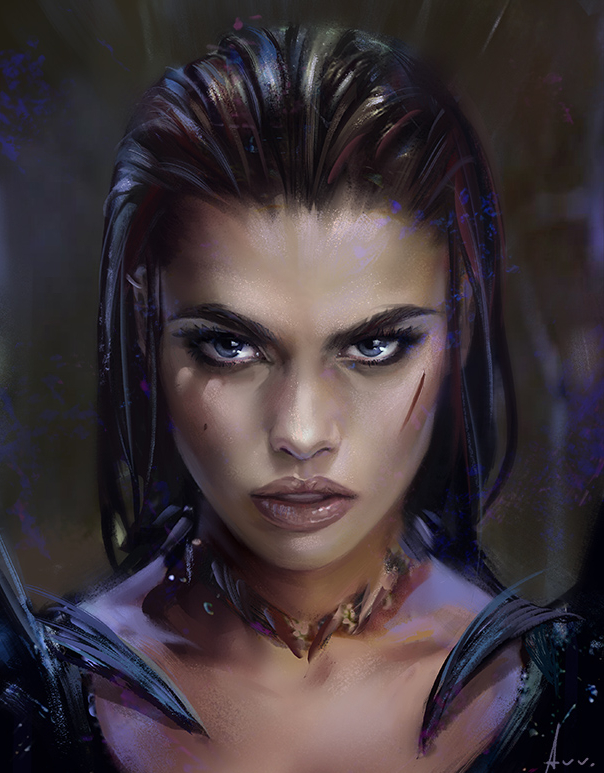 Morgan, the new goddess of dreams, sprang suddenly into full godhood by claiming her father, Hypnos's godrealm, his old Divine Artifact (the Cloak of Dreams), and by binding her elder sister The Nightmare Child to her will. Once more the dreams of mortals are safe from the blandishments of The Sleeper.

Morgan, known in her mortal life as "the Bloody", gained her moniker in the aftermath of the Godwar due to her obsessive and ruthless hunt for her former lover Talon Moranth and the Nyx cults he would leave in his wake. Talon's fall was the reason Morgan's first attempt at ascension to divinity failed.

Heroes from another land helped her capture Talon at last. They also brought her the Nightmare Child, AND helped her survive her second ascent up the Godspeak. With all of these efforts bent toward her success, the gods finally capitulated and welcomed her into their ranks.

She is the daughter of Hypnos and one of his mortal priestesses making her, technically, a Second-generation god. Her holy symbol is a stylized cloak.

by: ardhanari
See All Pages