Mr. E appears to be a robust if elderly man covered in faint scars. He has an owl as a pet or familiar.

Mr. E was, before the most recent Godwar, a high-ranking cleric of Leanne, or at least that’s what he claims. As with all things involving the former cult of secrets, it’s a little difficult to confirm. He is certainly a very capable cleric, and seems to know a great many secrets.

When our protagonists first met him he was swathed in bandages. The malady that afflicted him was connected with his ongoing attempts to uncover secret knowledge to aid his new god, Drusus, in transforming himself into the god of knowledge. Specifically, he had run afoul of The Nightmare Child who haunted his dreams, and whose torments appeared on his flesh when he woke.

Since our protagonists successfully brought him the Book of Secrets, however, he has been able to heal his injuries and continues his efforts on behalf of his god. 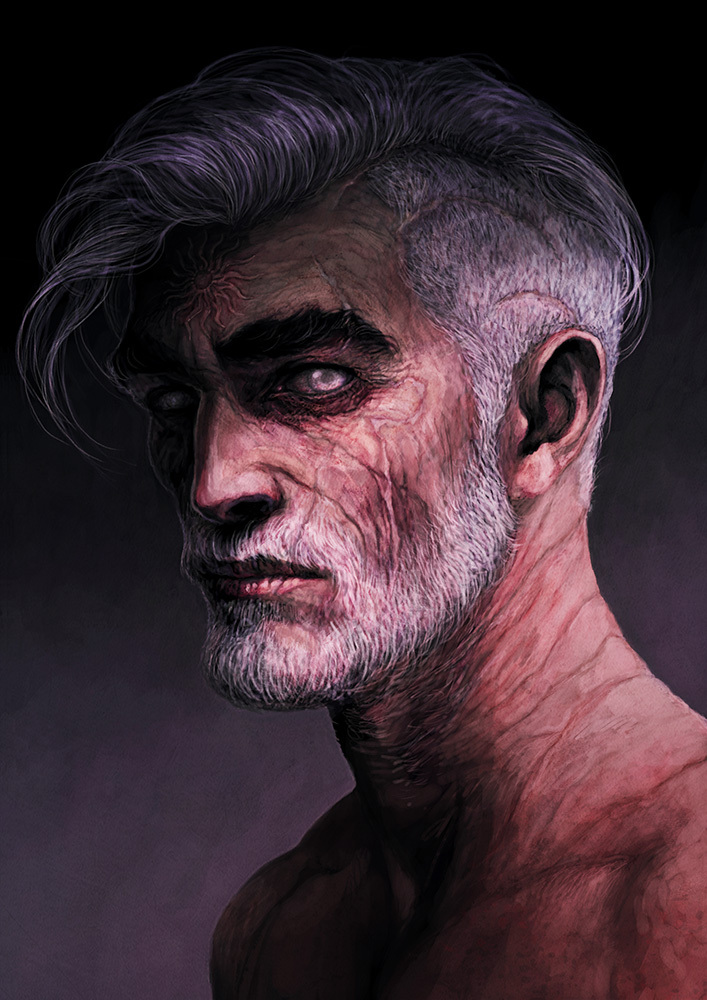