With dusky-pale skin and black hair Cyrian looks the brooding, ethereal elf. His music is haunting and alien to the tastes of the locals.

Cyrian the Vainglorious introduces himself as exactly that, despite the fact that “vaingloriousness” is not generally seen as a positive thing. Most people assume it’s some sort of subtle elven joke based on the faint smirk that crosses his lips whenever he uses his “title.”

Rumors abound about Cyrian, most of which he encourages in constant games of rumormongering such that nobody can ever really tell what is true about him and what is not.

One consistent rumor is that he is an exiled noble from the Elven Kingdom of Celadon. Another rumor holds that he’s somehow related to Xiaoming, which explains why she tolerates him practically living in her inn despite the fact that his music isn’t very popular.

Our Protagonists have discovered that Cyrian is one of the rare immortal elves still walking the mortal World. He is engaged in a long-term quest to restore the nearly-forgotten goddess Arachne to life under the belief that she is the only being who could possibly kill him. He has engaged our Protagonists in this effort, promising them information about the whereabouts or fates of other transplants from Earth. 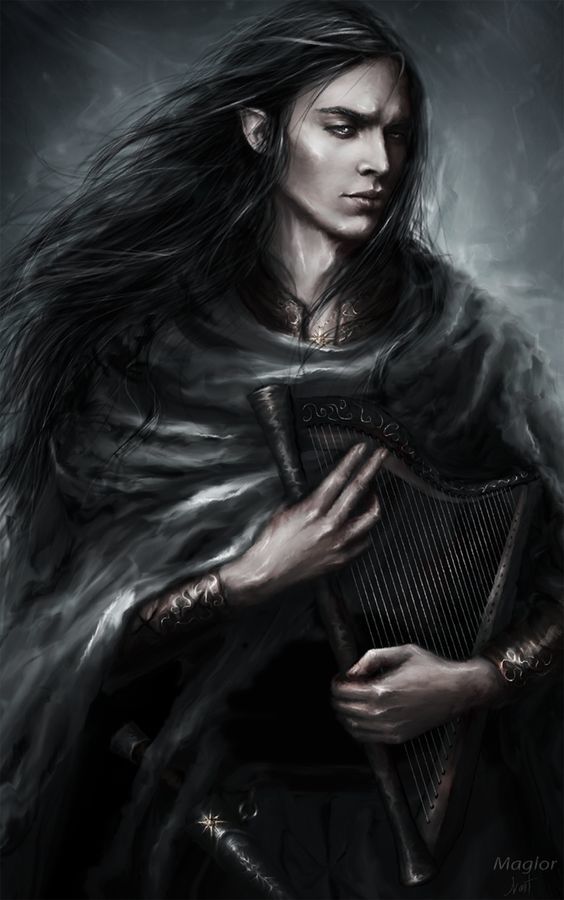